Back at it again.

With wrapping up at beer number 400 in Vol. 2, I will get right back into action with that timeline. Roughly Late winter 2015.

Now one of the “hazards” with this hobby is the fact that when you are doing well knocking off different craft beers (especially in a single evening) it becomes easier to forget to catalogue them and harder to remember the ones that you didn’t write the name down for in the morning. This applies more so when you are enjoying beer flights or drinking draft. It’s one thing to take a picture of a new craft beer that’s been poured next to the bottle, but another to try and remember which random glass full of draught was which… I’ll get to why this is relevant to my story later.

So, I have made it to the first intentional milestone number of 400 and now what?

Here I am, I’m on my way home from Florida and we are heading towards the border and we make one last stop at a Citgo in Eddington, just outside of Bangor to coffee and fuel up. This particular convenience store is called Tradewinds. It has become relatively famous amongst the craft beer drinkers in Atlantic Canada who frequent the U.S. for their selection of craft beer. I would be remiss if I didn’t also give props to the Hogan Road Deli and Convenience Store down by the Bangor Mall (who also do a great job stocking shelves with beer from around North America). This has become one of my favourite places to get new beers to add to the list. It is also going to be the inspiration for my next Blog that I will title “Beer Haul“. Here is a picture of the Beer Haul picked up after my “400” beer trip. 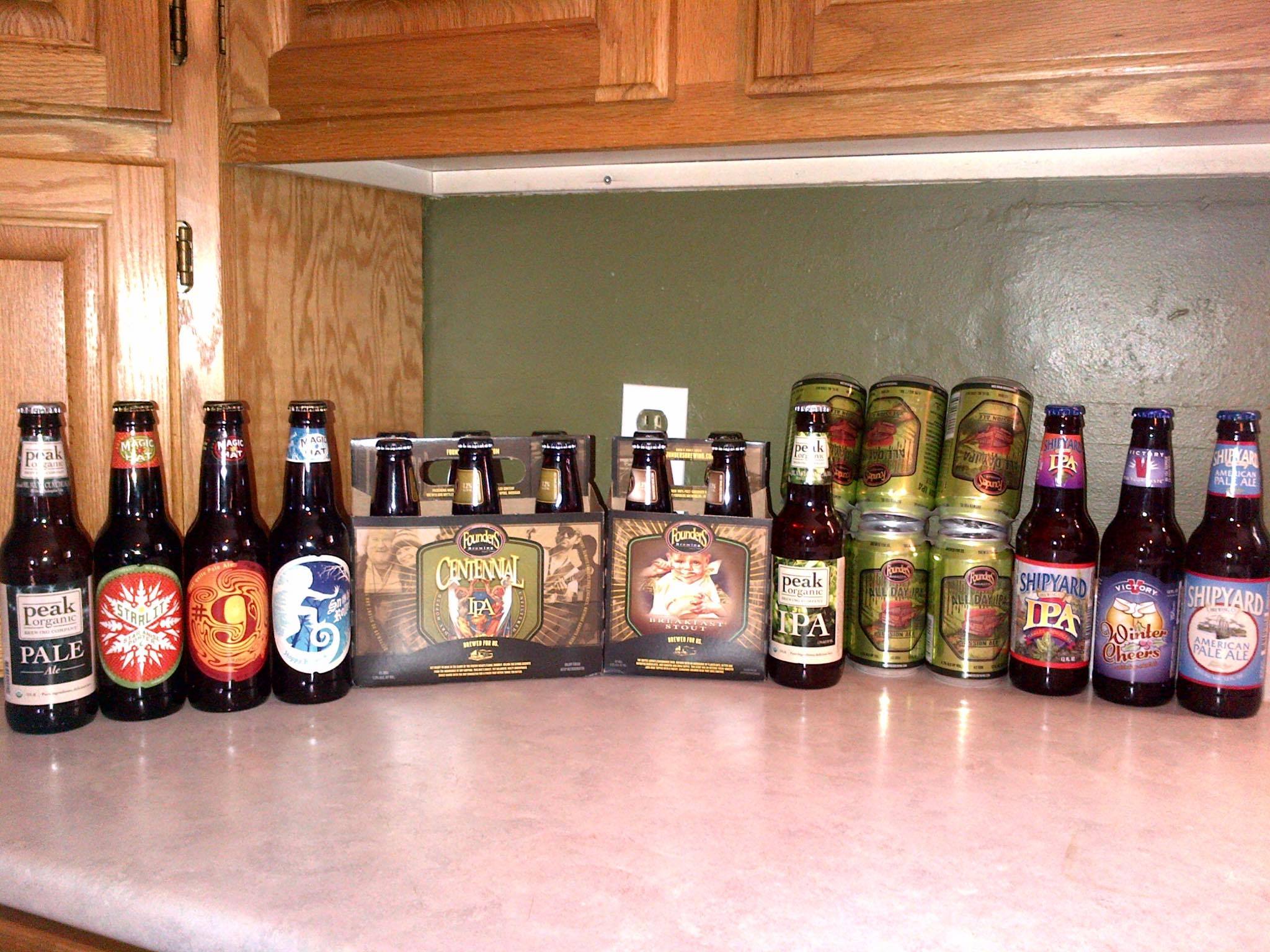 – Feb 2015 Beer Haul from Tradewinds Eddington, outside of Bangor.

Skipping ahead a little. My last blog referred to a term I believe I can say belongs to me which is “Beercketlist”, meaning a Bucket List for Beers. I will fast forward to my 500th beer right now, but much like fast-forwarding Netflix, you will still see some of the frames in between where we are now and the big 500…! For the sake of this blog, I will call these next frames Beercketlist Beers and highlights between 400 & 500. 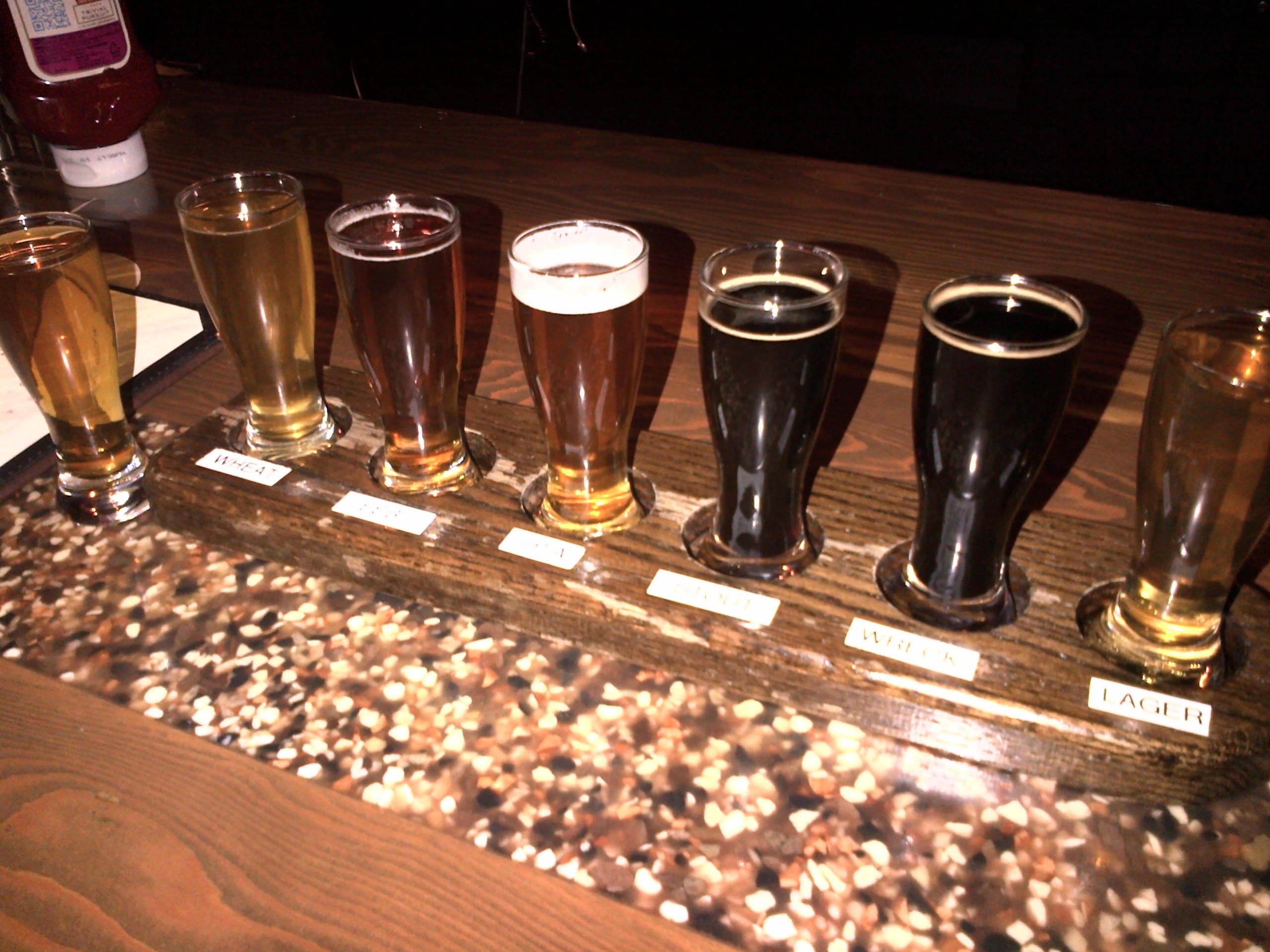 – Beer Flight of In House Crafted Beer from Rockbottom in Halifax (Highly recommend this place). 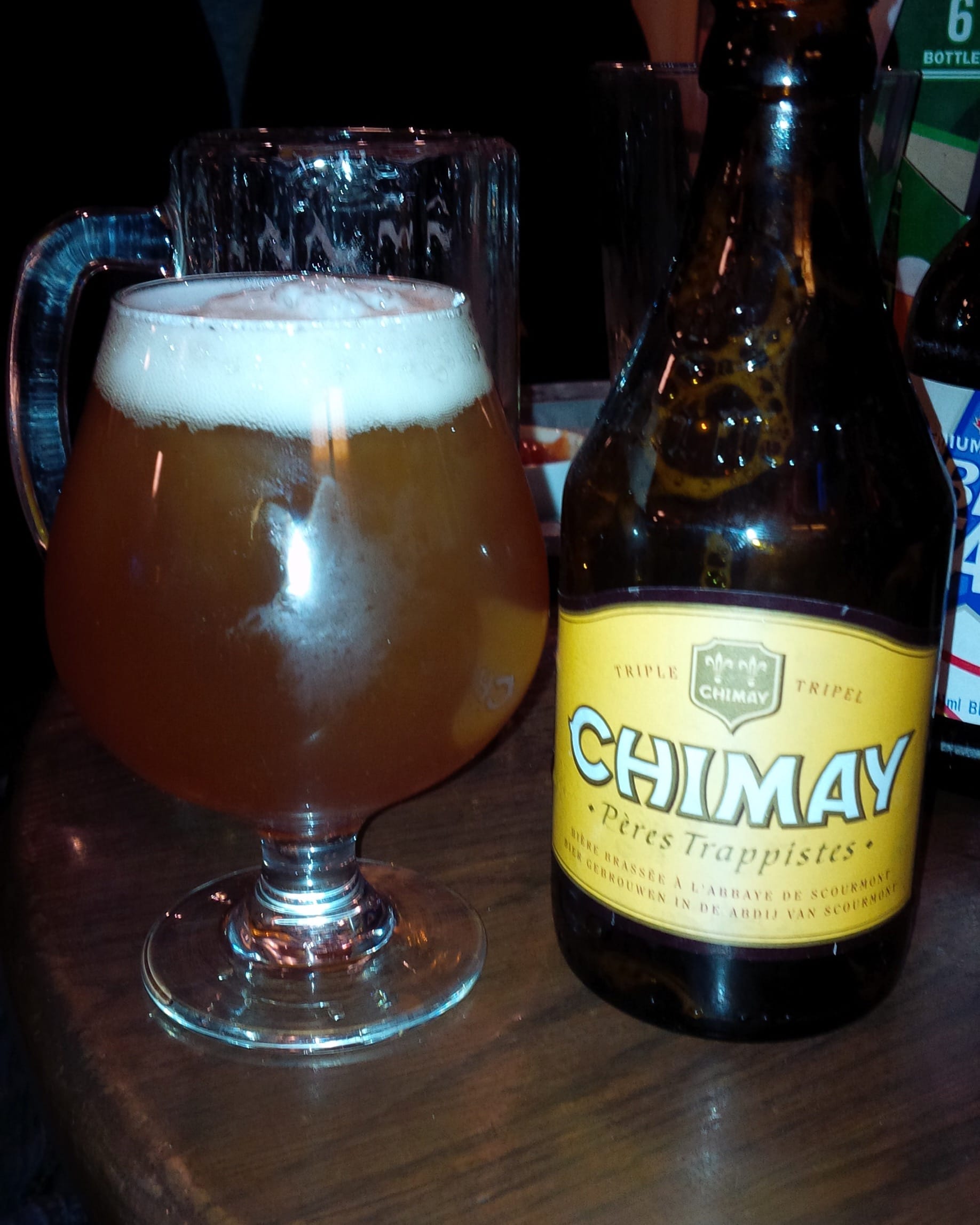 – Chimay Triple – Highly acclaimed Belgian Beer. (Belgium will likely get a blog of its own from me…)

This is where I pick back up where we left off at the very start of this blog. 500 is in all fairness, a true milestone or landmark number, so doesn’t it deserve a big, standalone photo, perhaps even with some props, hair and makeup… Sorry you get what I’m saying right? No, I had to get all excited in Ottawa and drink too many new beer and then order a flight of beer that doesn’t even identify the beer or brewery on the glass. My bad, I will do better next time. Long story short. Keeping track is not easy when it comes to this hobby. Here it is, Honkers Ale by Goose Island Brewing, last one on the left, beer No. 500… 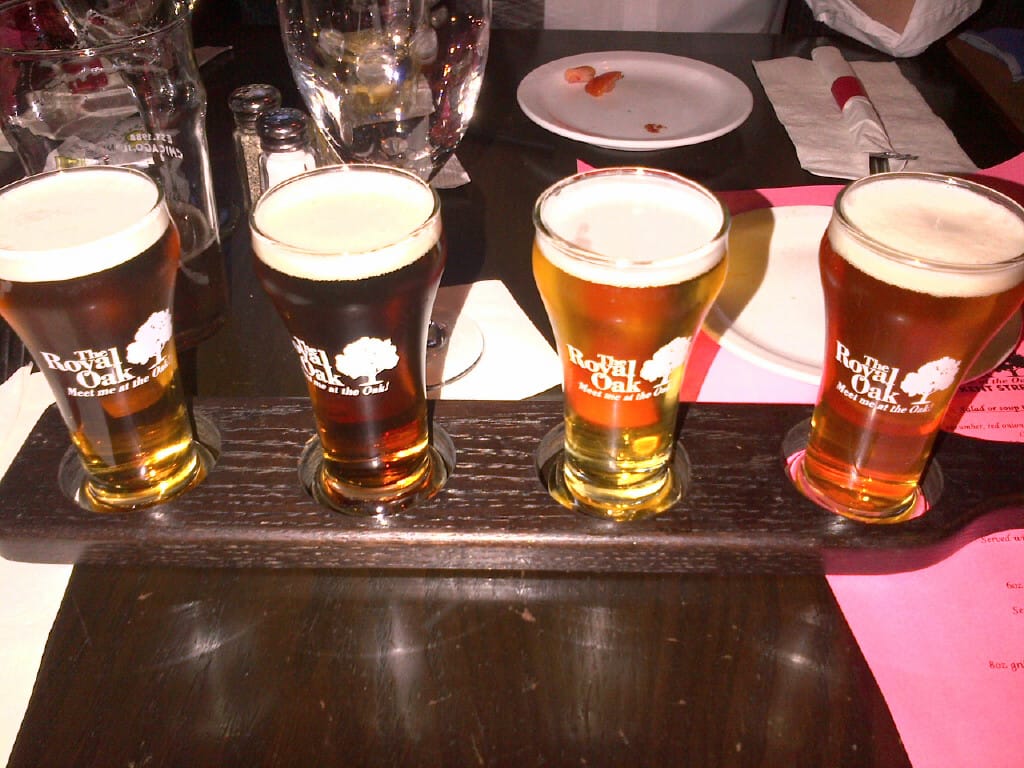 Stay tuned for Vol. 4 of my Beverage Evolution…