My Beverage Evolution Vol. 6 – Belgian Beer (Is the hype real?)

Belgian Beer (is the hype real?)

Welcome back to my Beer Blog and thanks for reading the 6th edition of my Beverage Evolution! If this is your first time reading any of my blogs, please go back when you have a minute and read the previous additions. You can find them below. Let me know what you think, comment below or on our Facebook Post where you likely found this edition.

In my last blog I just wrote a quick message with reference to my “Craft Beer Hobby” in relation to Social Media. That blog may have felt rushed and that’s because it kind of was… After all, Social Media and marketing gurus always say you have to always have content or be forgotten. I do believe this to a certain extent based on my own experience but I also don’t think it’s best to rush it out just to have “something”. Anyway, back to why I am really here and that’s to talk about BEER!!!

Not all that long after the timeline where my 3rd edition left off, I started to discover that not only are there several distinct styles and regions in which craft beer are designed after, but I was also starting to have a preference as my tastes evolved. I’ve always loved Wheat Beer ever since my first Erdinger (World’s most Popular Wheat Beer). So I’ll start there. 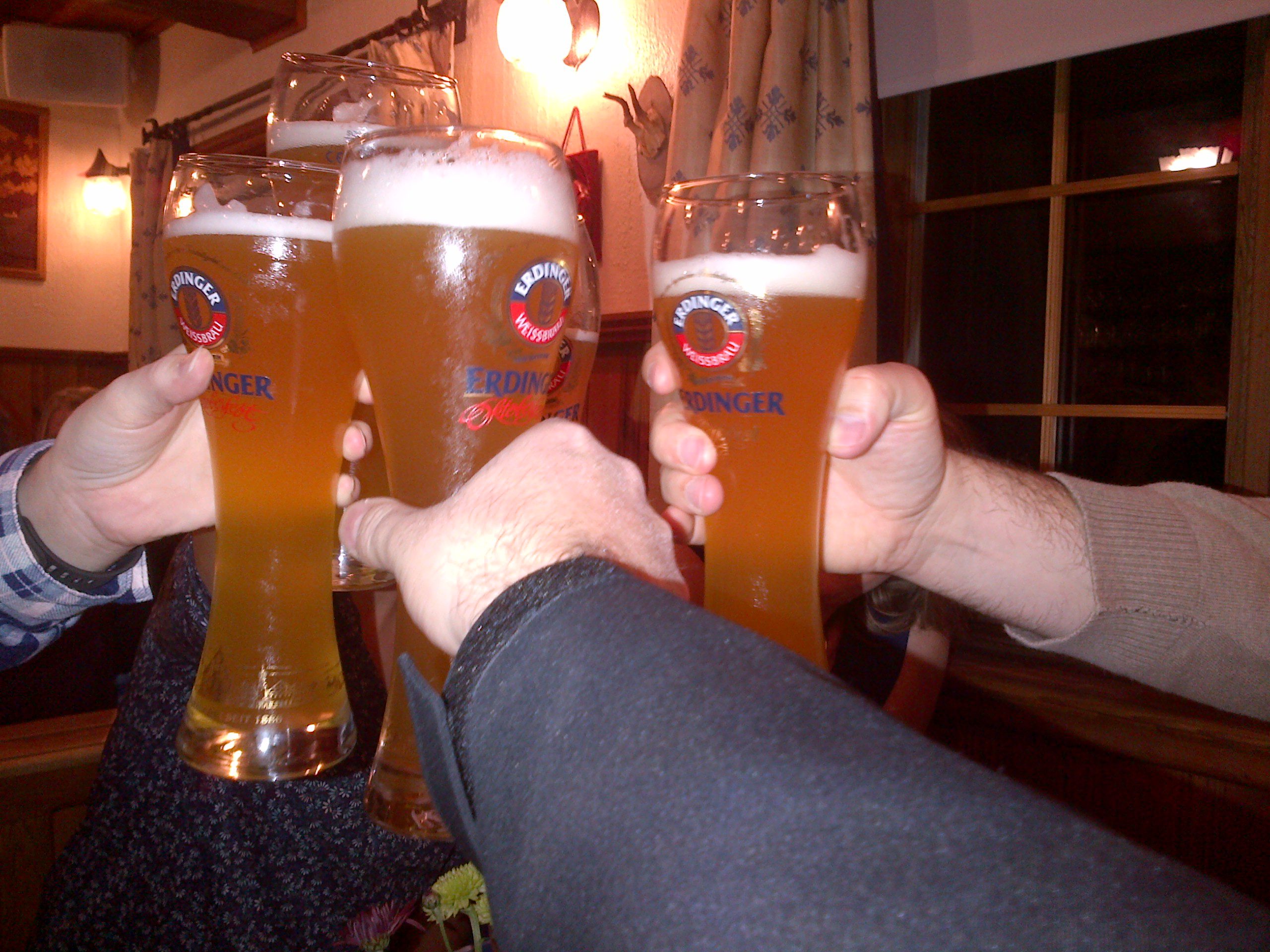 Okay, so those of you “in the know” are thinking… “Erdinger is not a Belgian Beer” (actually from Germany) but the fact that most Belgian Beer lovers are likely to admit is that they started out with a taste for Wheat beer and evolved from there. For many, the natural progression after your traditional wheat beer is Belgian beer.

Back to the title of this edition of my blogs “is the Hype real?”

Well, Belgium is either fully or largely responsible for many of today’s popular styles of beer. I wouldn’t hesitate to say that they are likely the innovators of more styles than any other country on earth. Not only have they pioneered most of our beloved craft styles, but these styles are hundreds and hundreds of years old and many have never been able to improve upon their century’s old recipes.

Here are just a few of their more well know stiles:

Trappist Beers, Abbey Beers, White and Wheat Ales, Dubbels, Triples, Quadruples and of course, Belgian Strong Ales. One thing that can be a little confusing is that many breweries take some creative licensing and tend to cross between many of the above for the same or at least very similar recipes. I’ve seen the term Belgian Strong Ales used for almost all of the above. Because there are so many styles I will stick with my favourite experiences and a few pictures and descriptions of some significant Belgian Beers.

Just when you think you understand Belgian Beers, there is another twist! Belgian beers are so popular now they are not all brewed in Belgium. A “Belgian Beer’ is often simply a beer brewed in the “Belgian Style”. So be warned, if you are offered a Belgian beer, it might even have been brewed in your own neighborhood.

I have to start with the Belgian beer that is often crowned the single best beer in the world..!

Westvleteren 12, brewed by Monastery Monks in the Trappist Abbey of Saint Sixtus in Vleteren, Belgium est. 1838. 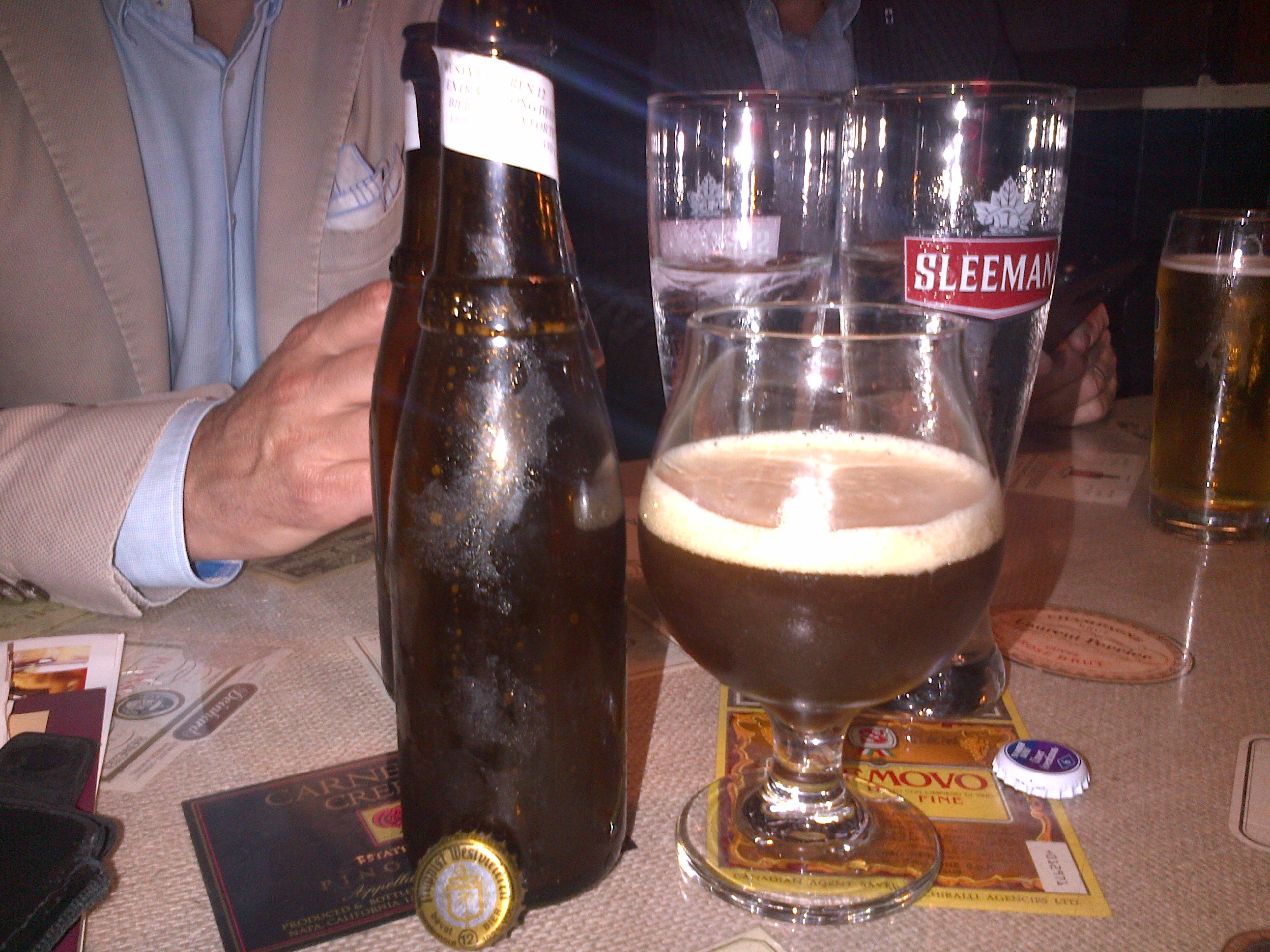 This beer is so elusive that it is often only obtainable by going to the remote monastery and bought at their gates in Belgium. I first heard about this “Holy Grail” of beers in 2015 and I actually found one in Quebec City in September 2015. It was $64.00 for one 12 oz, 330 cl bottle.

Back then I had just heard of this beer and was skeptical about how hard it actually was to get, so I passed. I later learned that it hasn’t been imported into Canada since 2012 (Dec, 12, 2012) and that was the only time it was sent here. I thought for sure I would have to convince my wife that we need to take a trip to Belgium, but fortunately I found one a year later in June 2016 in Ottawa and at a bargain cellar price of only $46.00 this time. It came with a healthy $20 tip too…

My favorite Belgian beer of all time and often what I refer to as my favorite beer period is St. Bernadus Abt 12. This is actually brewed with a recipe and strain of proprietary abbey yeast that the Westvleteren monastery allowed to be used in the 40’s. It was originally brewed by the same master brewer from the Westvleteren Brewery. 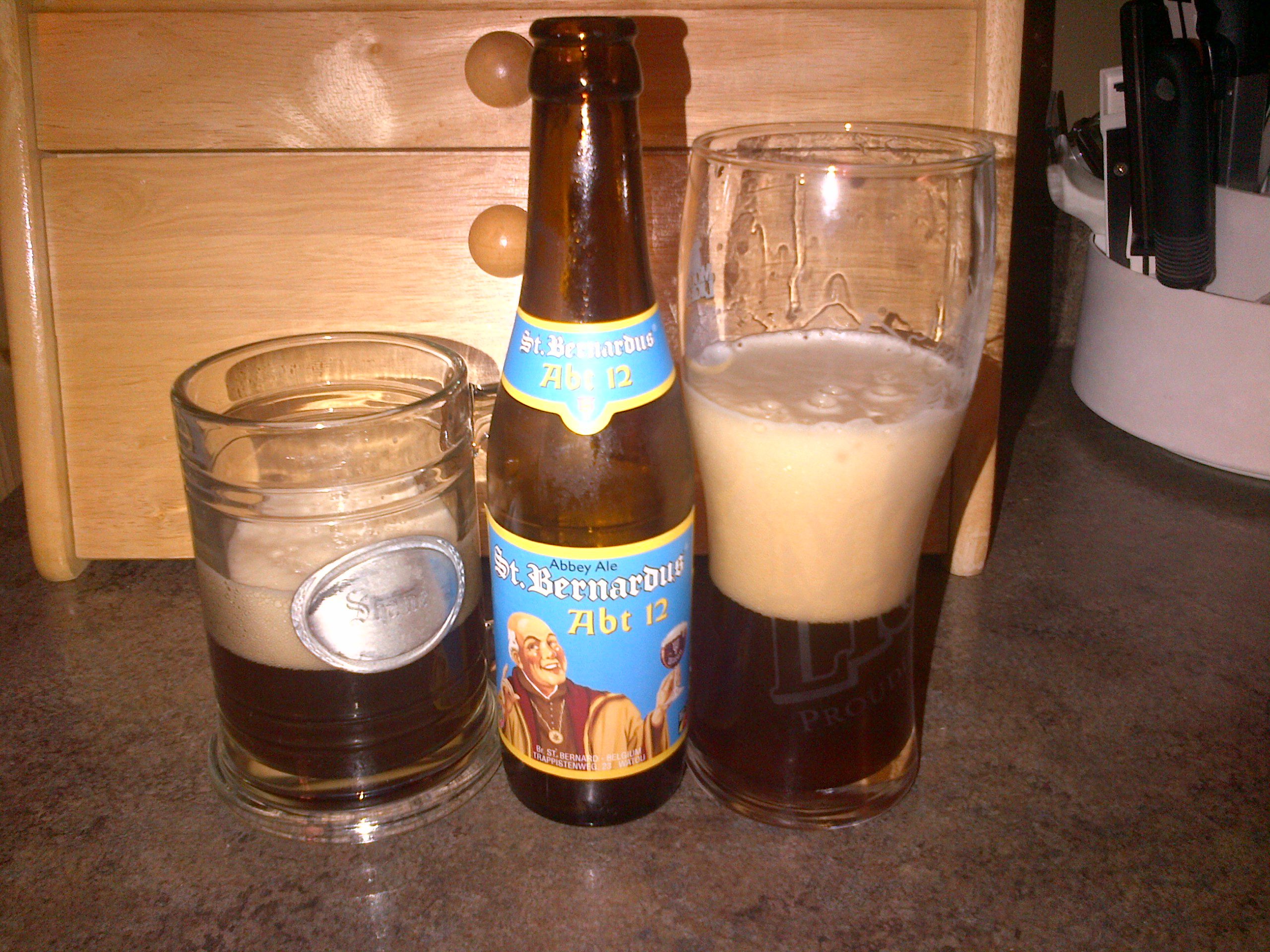 – St. Bernardus Abt 12. Obtained in the St Andrews liquor store in a variety six pack, Jan 2015 (before I knew about “Proper Glassware”…)

Now, Belgian beer is huge in North America. One of Canada’s first modern time Craft Breweries, Unibroue, is a Belgian inspired brewery founded in 1992. The first Craft Belgian in the United States not long after was Allagash in 1995 with their world renowned “Allagash White“. 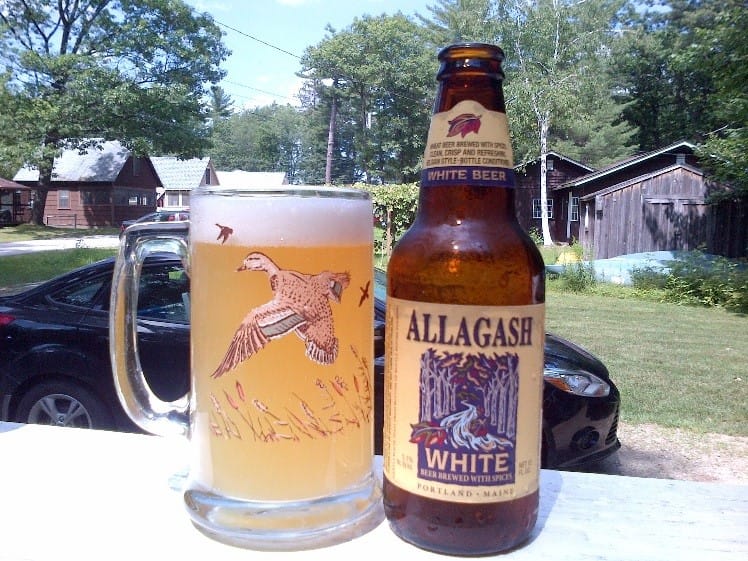 – Allagash White (one of many Allagash brews that followed) 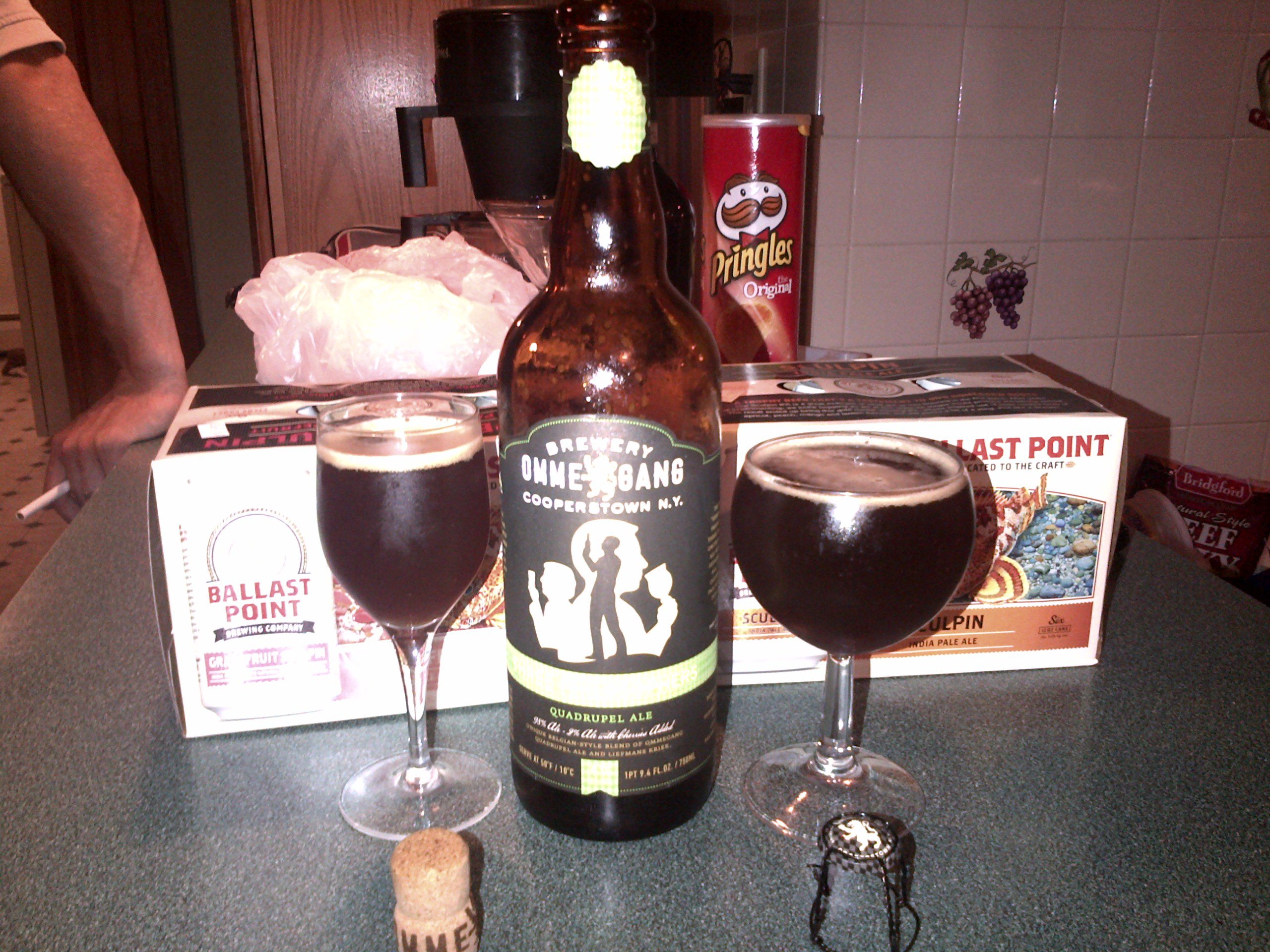 – Another world renowned Belgian Style beer brewed in the U.S., Ommegang Three Philosophers. This “quadruple” put this New York brewery on the map and has been enjoyed by many Craft Beer Enthusiasts around the world.

I’ll finish this blog with a close second for my favorite all time Belgian Beer. This one is a bit of a mystery for me. Westmalle Brewery started before the Westvleteren Brewery in 1836 and has a lineup of beer which many say are as good if not better than many of their regional counterparts, yet it has somehow, somewhat, been living in the shadows of the Westvleteren Brewery (Trappist Abbey of Saint Sixtus) when it comes to the top beer in the world. Being the original, one would think they would hold the crown. There is, in my opinion, one main difference, and it has nothing to do with their art, their product or even their history. The difference, they distribute throughout their region and the world and have a much larger operation. One is in some ways, much more commercially successful and the other is the crowned best beer in the world. Both almost identical beers in many ways and yet so different in the eyes of the Craft Beer consumer. 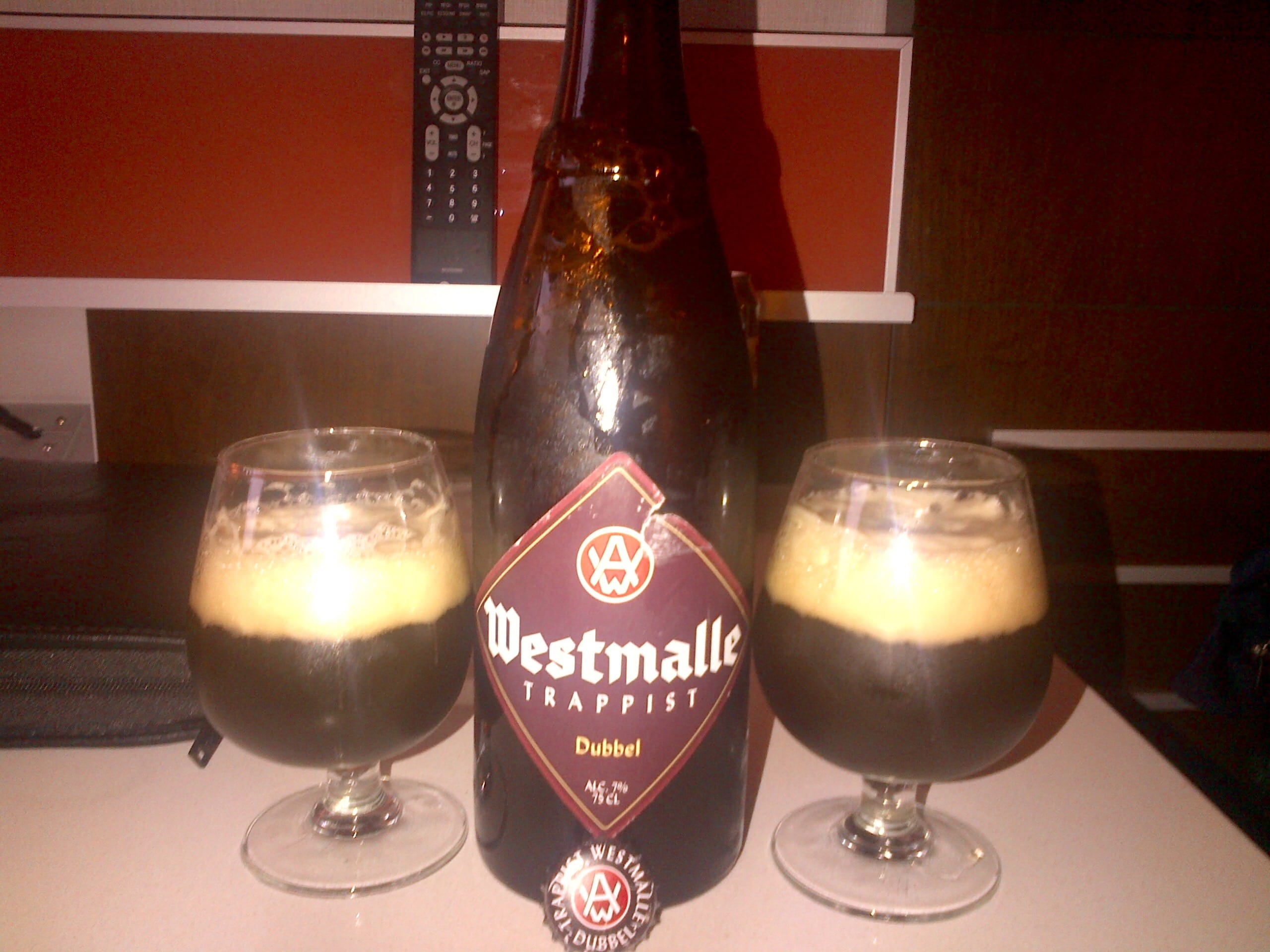 – Trappist Westmalle Dubbel – Brought to me to be shared from a great friend, all the way from Belgium. – October 2017

It is very difficult to write a short and easy reading blog about something as vast and exciting as Belgian Beer. I hope I at least gave you a little peek into my experiences with this style.

As always, thanks for reading!

Stay tuned for Vol. 7 of my Beverage Evolution…